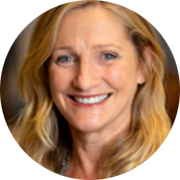 Bronwyn is a communications strategist with a wide range of experience in reputation management, crisis communications, investor relations and international stakeholder engagement. She is based in Vancouver, British Columbia, and currently manages strategic communications and media relations for global resources company BHP in North and South America.

South African by birth, Bronwyn is a graduate of the University of the Witwatersrand in Johannesburg, majoring in Law and Political Science. During her career as a newspaper journalist with the Independent Group, Bronwyn covered South Africa’s turbulent transition to democracy in the 1990s before shifting to strategic communications for South African Cricket and later the South African Breweries (which acquired US-based Miller to form SAB Miller). Having joined BHP in 2005, Bronwyn has thrived in a company that has commitments to sustainability, inclusion and diversity as core values. Her roles in BHP have taken her throughout Africa, a couple of years in Investor Relations in London and on to Canada, gaining significant experience in M&A communications, crisis management, media relations and strategic communications.

Bronwyn is a member of the International Association of Business Communicators, is a mentor to emerging communications professionals, and is a keen horsewoman. She is currently engaged part-time in one of her more ambitious pursuits – cycling across Canada on that country’s Great Trail which links 24,000km (15,000 miles) of community trails across the nation.